It’s December at last, the month that used to represent unbridled excitement as a young scamp but now just fills me with dread about what to buy the relatives for Christmas.

Still, with Christmas at least a few weeks away, there’s still time to push responsibilities to the back of our minds and get stuck into some top mobile handset and app news, courtesy of sister site Pocket Picks.

I’ve cherry-picked a few stories spanning three of the major mobile operating systems this time around, so there should be something for everyone in this week’s edition. 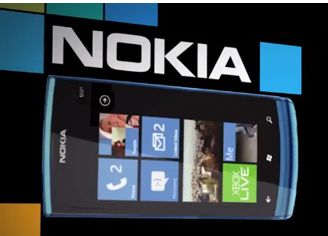 The Lumia 800 may be selling like hot cakes here in the UK, but US phone fans are currently unable to purchase Nokia's first foray into the Windows Phone wilds.

Not for long, though. A leak has revealed that Nokia is preparing to release the Lumia 900 over in the US - essentially the same in specs and looks as the 800, only with a slightly bigger screen.

That means it’ll still pack the 1.4Ghz single-core processor inside its rather striking looking candybar-looking touchscreen design, but will also come with a 4.3-inch ClearBlack AMOLED display and, interestingly, ship with Windows Phone Tango installed.

The Lumia 900 is expected to arrive early 2012, no doubt to coincide with the release of the aforementioned Tango - the upcoming version of the OS.

If you want to know why we think this is the best phone Nokia has made in years, have a ganders at .

It’s all a bit stop/start when it comes to news on Android phones able to make the leap to the very latest version of the operating system, Ice Cream Sandwich.

Mainly this is because each phone manufacturer has to take a look at their range and test out the new software individually to see if it’ll work, but that never makes waiting to find out if your five-month old super smartphone is suddenly dated particularly enjoyable.

Thankfully, those that plumped for a Sony Ericsson Xperia phone over the summer will be pleased to know that the company plans on updating the vast majority of its handset range to Ice Cream Sandwich over the next few months, with March being the most likely ETA (according to a tweet from Sony Ericsson Italy).

For a full round-up of other confirmed handsets and tablets gettic ICS, check out . 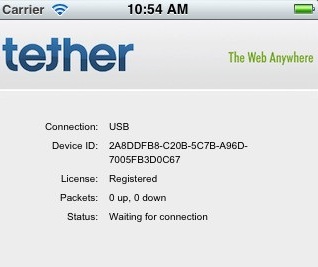 If there’s one thing I dislike about tethering my laptop to my phone’s 3G connection (other than the speed, of course) is the bill at the end of the month. Networks are alerted by the phone when tethering is going down, meaning some operators (including mine) add extra charges for using the service.

Crafty app iTether may have cost a whopping £10.49 on release, but it was the first non-jailbreak app that managed to disable the message your iPhone sent to the network, meaning you weren’t hit with a shocking bill for using the Internet on your laptop for a few minutes.

As you can probably tell from the past-tense being used in that previous paragraph, iTether has subsequently been pulled from the App Store, with Apple calling up the company personally and telling them the app ‘burdens the carrier network’. 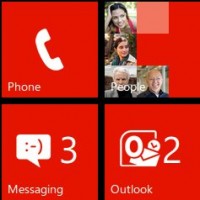 Windows Phone may now have the Lumia 800 as its shining knight in armour (at least in Europe), but it’s still far from the most popular mobile OS out there.

To help correct this, Microsoft has started a rather intriguing campaign to poach Android and iOS users away from their current phones - by offering up a version of the Windows Phone operating system as .

Naturally not all functions are working (indeed, our resident fan of Windows Phone, Keith Andrew, was a little disappointed by it), but it does demonstrate the tile-based system of the OS for those more used to widgets and app icons.

I’m doing everything I can to resist the urge of correcting the spelling of ‘catalogs’ here.

I know - Google’s American and it can call its products what it wants. But there’s just something about seeing the word written that way that sends my teeth on edge.

So, anyway, (Catalogues) has finally arrived on Android, having already been spotted in the wilds of the iPad two months ago.

It’s effectively the advertising equivalent of Google Books in that you can browse a selection of up to 400 different glossy mags filled with items to purchase.

If you really love shopping, or just like putting things into organised groups, you can also collate you favourite items into your own personalised collection.

Alas, that’s only if you’re in the US. UK users hoping to view Topshop or Superdry’s latest collection are out of luck, at least for now.